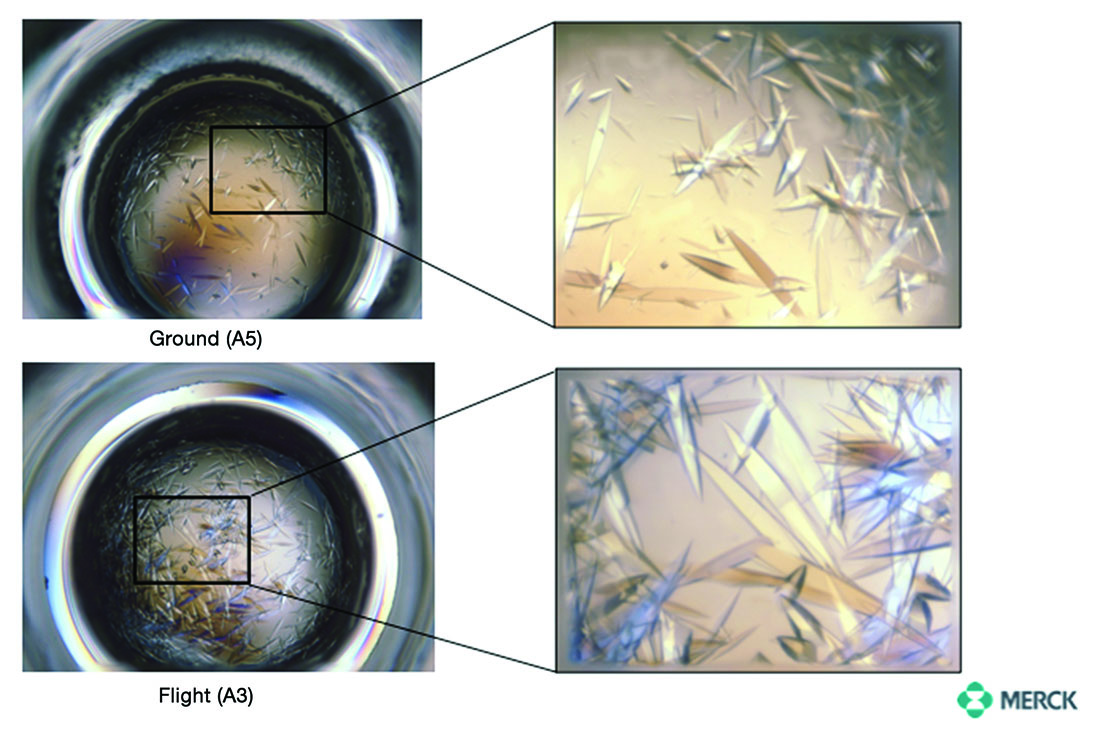 In recent years a new class of drugs has been developed which compel the body’s immune system to target specific attacking cells and bacteria.

Called monoclonal antibodies (MABs) these drugs are engineered proteins that can be designed to target almost any attacking cell, such as cancer.

In order to be effective large quantities are needed – usually delivered intravenously over several hours.

However, if the proteins can be crystallised in space, the lack of gravity means that larger crystals can be developed a lot more efficiently.

And larger protein crystals enables MAB treatments with higher concentrations – so that long intravenous procedure can be replaced with a simple injection, delivering the same exact dose.

Price: $20
Shedule a Test Drive
Apply For TradeIn With Us
Send Your Bid