How many US homes use air conditioning?

Nearly 90 percent of U.S. households used air conditioning in 2020, according to the latest survey by the U.S. Energy Information Administration. This figure has been rising steadily over the past two decades.

As our chart shows, central air conditioning equipment, which is used to cool an entire home, made up the majority of usage in the U.S. in 2020, at 66 percent. This has been increasing since 2001, when just over half of the country’s households had used it. The other 22 percent in 2022 was made up of individual AC units, such as window units, wall units, and portable units.

On a regional basis, the Midwest Census Region and South Census Region had the greatest share of homes using air conditioning at 92 percent and 93 percent, respectively. This mostly comes down to the regions’ given climates, as more people living in a hot-humid region have AC than those in a marine region, such as the Pacific Coast, where usage was only 49 percent. 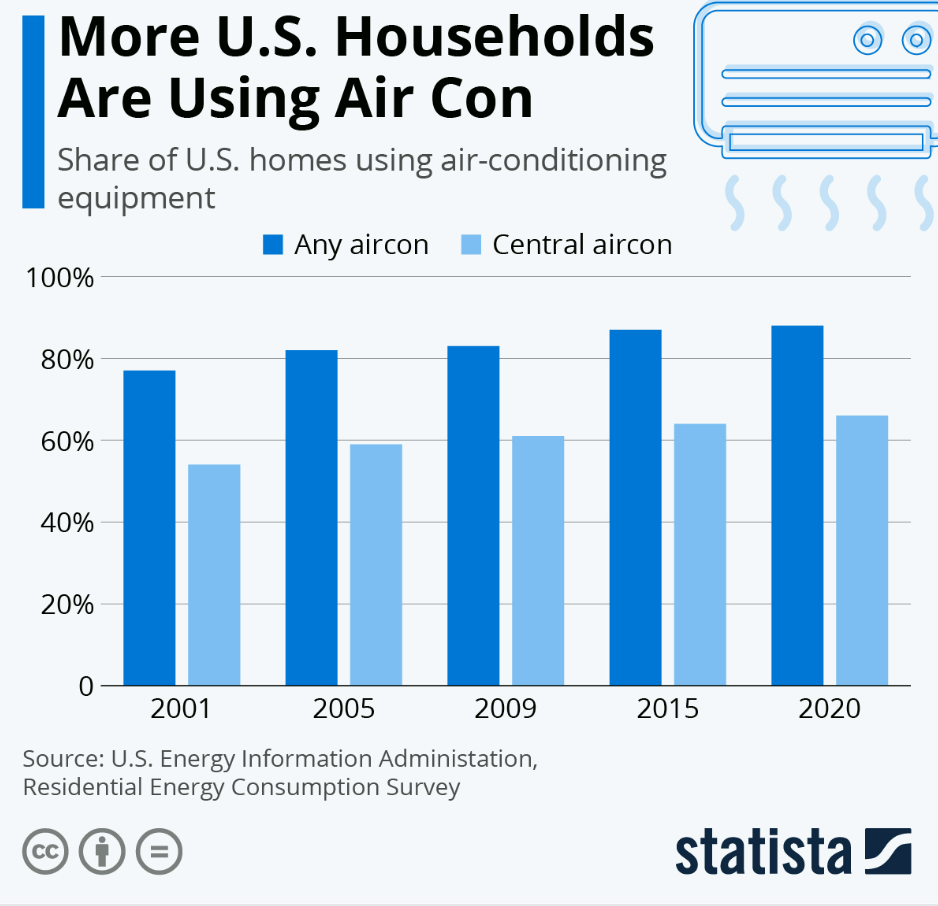 More people living in a hot-humid region have AC than those in a marine region. Image: Statista.