Green water – the rainwater available to plants in the soil – is indispensable for life on and below the land. But in a new study, we found that widespread pressure on this resource has crossed a critical limit.

The planetary boundaries framework – a concept that scientists first discussed in 2009 – identified nine processes that have remained remarkably steady in the Earth system over the last 11,700 years. These include a relatively stable global climate and an intact biosphere that have allowed civilisations based on agriculture to thrive. Researchers proposed that each of these processes has a boundary that, once crossed, puts the Earth system, or substantial components of it, at risk of upset.

A comprehensive scientific assessment in 2015 found that human activity has already breached four of the planetary boundaries. Greenhouse gas emissions are brewing a hotter climate, the sixth mass extinction of species is unpicking the web of life that makes up the global biosphere, intensive farming is polluting the environment and natural habitats are being destroyed on a significant scale. Earlier in 2022, researchers announced that a fifth planetary boundary had been crossed with the emission and accumulation of chemical pollution and plastics.

So far, it has been suggested that human use of freshwater is still within safe limits globally. But earlier assessments only considered the extraction of what is called blue water – that which flows in rivers and resides in underground aquifers. Even then, regional boundaries are likely to have been crossed in many river basins due to a sixfold increase in the extraction of blue water over the past century. Besides irrigating crops to sate growing demand from people and livestock, population growth and higher standards of living have raised global domestic and industrial water consumption, disrupting aquatic ecosystems and decimating the life within them.

By including green water in our assessment, we found that freshwater’s ability to sustain a stable Earth system is even more threatened than first reported. 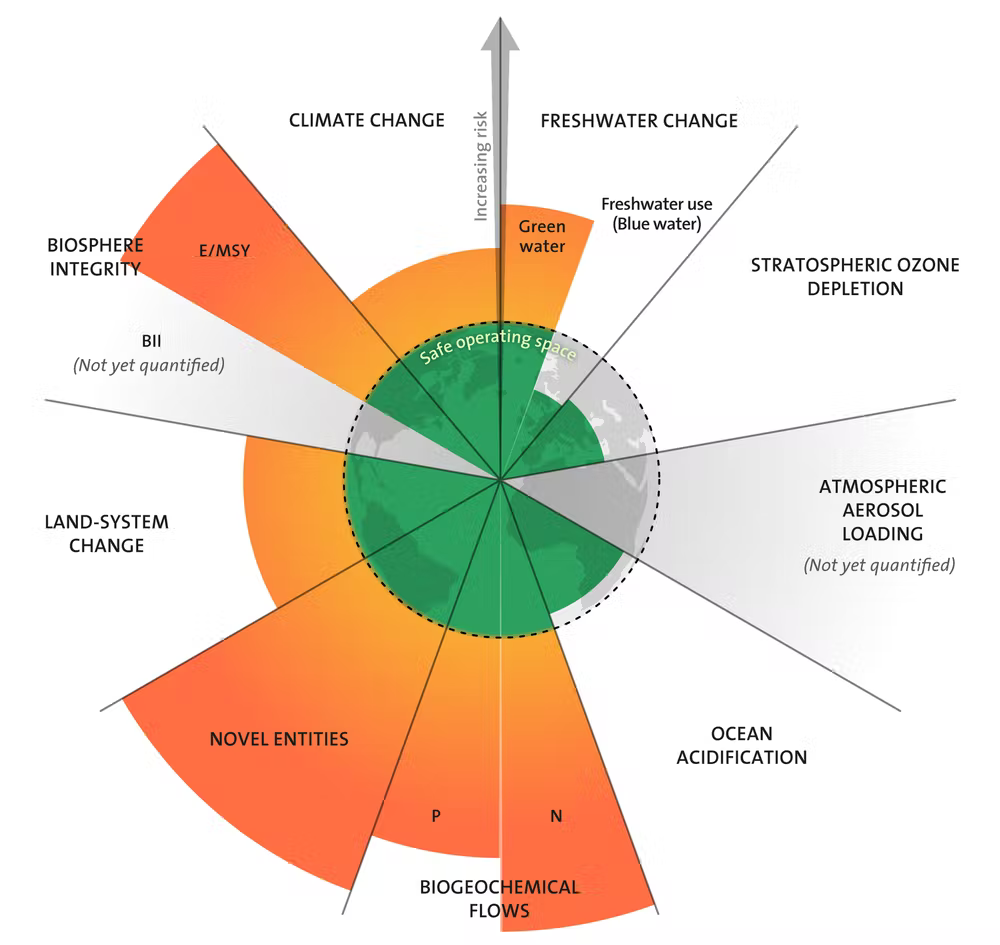 By including green water in our assessment, we found that freshwater’s ability to sustain a stable Earth system is even more threatened than first reported. Image: Azote/Stockholm Resilience Centre

Radiation from the sun evaporates green water in the soil, cooling the environment and returning moisture to the atmosphere where it forms clouds and rain. This cycle sustains some of Earth’s most important ecosystems, such as the Amazon rainforest which makes up roughly 40% of global tropical forest, stores roughly 112 billion tonnes of carbon and harbours 25% of land-based life.

Research shows that clearing forests reduces the flow of moisture to the atmosphere, dampening how efficiently the Earth system can circulate water and ultimately putting ecosystems like the Amazon at risk of collapse. Global heating and changes to how the land is used, especially deforestation, are among the biggest factors responsible for humanity’s transgression of this planetary boundary. Their combined influence indicates that the planetary boundaries interact and need to be treated as one networked system. 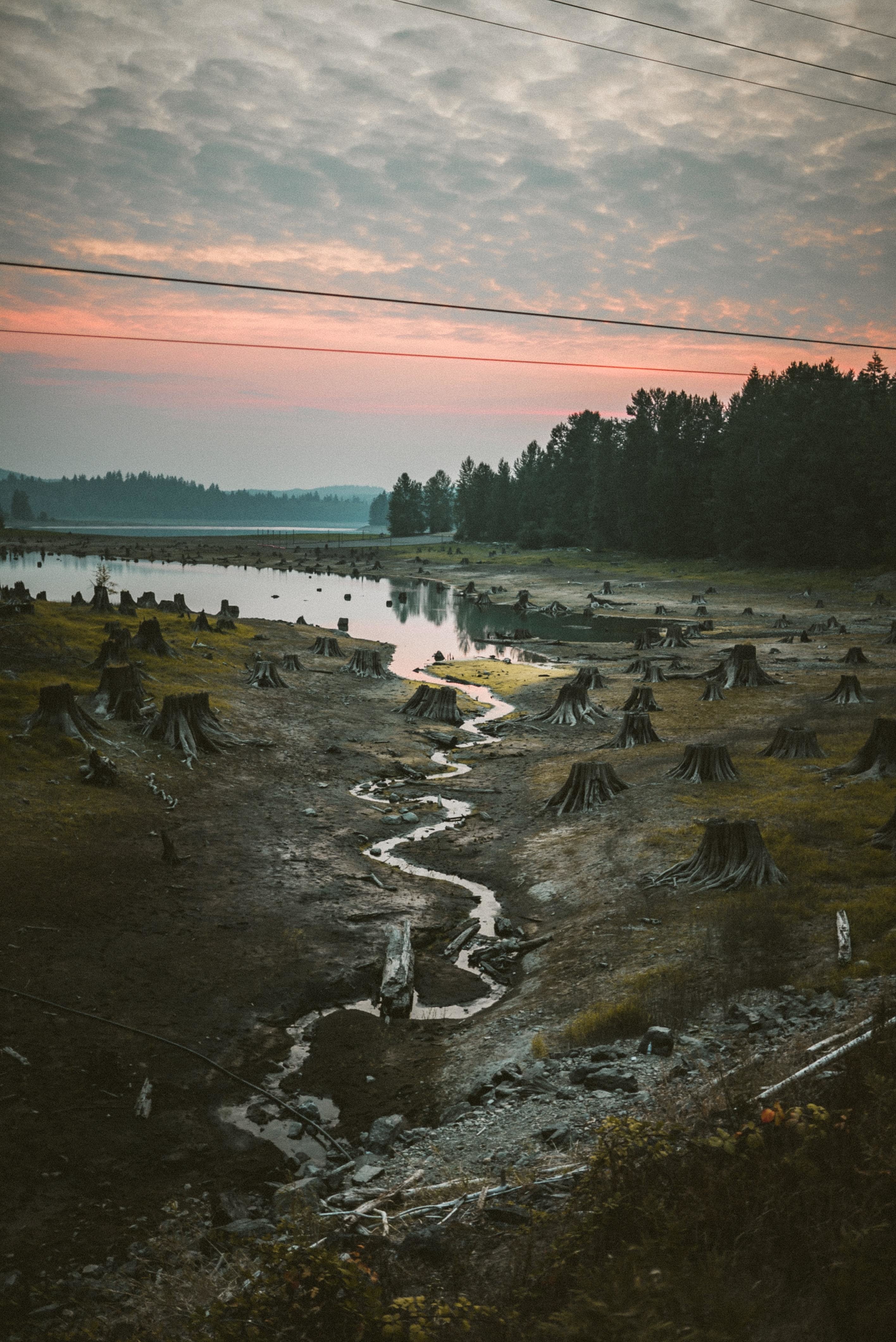 Deforestation can halt the flow of green water in the hydrological cycle. Image: Unsplash/Karsten Winegeart

Food production also depends on green water. Around 60% of staple food production globally and 80% of cultivated land is rain-fed. In these areas, the only water reaching the crop is what rain provides. Even irrigated crops rely on rain to some extent.

We found that since the industrial revolution, and especially since the 1950s, larger parts of the world are subject to significantly drier or wetter soil. This shift towards extreme conditions is an alarming development due to the indispensable role of water in maintaining resilient societies and ecosystems

More frequent and severe dry spells mean prolonged and more intense droughts in many regions, like those currently affecting Chile and the western US. This limits photosynthesis in plants, which absorb less of the CO₂ heating Earth’s atmosphere. The land carbon sink, which currently soaks up about 30% of annual CO₂ emissions, is weakened as a result, and could even become a net source of carbon in the future.

Too much soil water is no good either. Water-saturated soils make floods more likely and suffocate plant growth. Abnormally large quantities of water evaporating from wet soils can delay the onset of monsoons in places like India, where the dry season has extended and disrupted farming. High humidity combined with high temperatures can also cause deadly heatwaves, as the human body quickly overheats when sweating becomes impossible in very moist air. Several regions, like South Asia, the coastal Middle East and the Gulf of California and Mexico, are experiencing this lethal combination much earlier than expected. 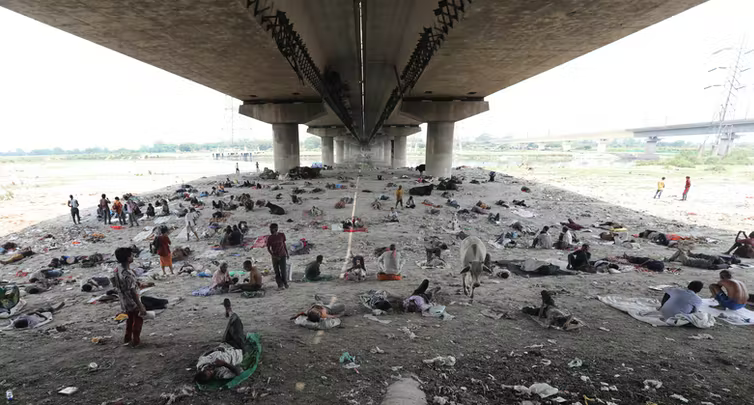 Explicitly governing green water and its protection in policy and legal frameworks may also be necessary. Image: EPA-EFE/Rajat Gupta

What can be done?

Growing scientific evidence suggests that the planet is both drier and wetter than at any point within the last 11,700 years. This threatens the ecological and climatic conditions that support life.

Our analysis shows that the sixth planetary boundary has been crossed. But ambitious efforts to slow climate change and halt deforestation could still prevent dangerous changes to the cycling of Earth’s green water. Along with other measures, switching farming practices to sustainable alternatives would prevent more soil being degraded and losing its moisture. Explicitly governing green water and its protection in policy and legal frameworks may also be necessary.

Research has shown that farming is a major cause of multiple planetary limits being breached. Shifting diets towards sustainable plant-based food is a simple yet highly effective option for keeping humanity within these boundaries.

Humanity is no longer in the safe zone. Immediate action is needed to maintain a resilient and nourishing freshwater cycle.